Central Vietnam tour itinerary focuses on sightseeing of Hue and of the ancient trading city Hoi An. It is therefore ideal for those who have a few days available or wish to extend their trip from other countries by taking advantage of the favourable flight connections to Danang. Although short, this example path is certainly not lacking in important historical contents.

Visit Hue, the ancient capital of southern Vietnam in 1744 and from 1802 to 1945 during the reign of Nguyen Dynasty. It was founded in 1687 initially with the name of Phu Xuan along the banks of the Perfume River which divides the city into two parts: on the left bank stands the “Old City” with the Citadel and the imperial residence, while on the right bank there is the “New City”, once inhabited by Europeans. Hue is the refined gastronomic capital of the Vietnam.

Discover Hoi An, the ancient trading center home to buildings with Chinese and Japanese architectural influence, witness of a past as a lively trading port during the second century AD. Immersed in a variety of spectacular landscapes, Hoi An is UNESCO World Heritage Site since 1999.

01. ARRIVE IN DANANG - TRANSFER TO HUÉ 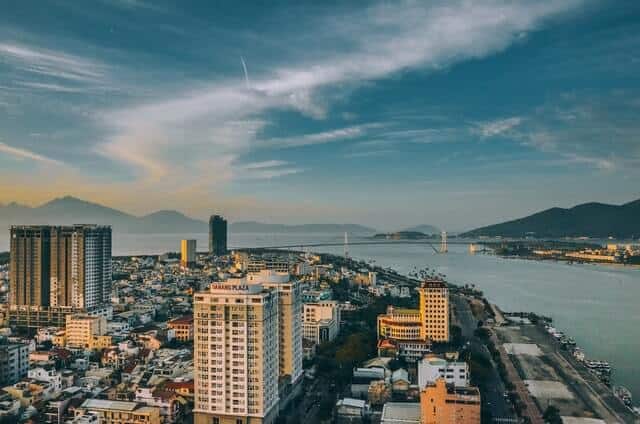 Welcome by our staff on arrival at Danang airport.

We spend the day in Hue, the ancient capital of southern Vietnam in 1744 and from 1802 to 1945 during the reign of Nguyen Dynasty. It was founded in 1687 initially under the name of Phu Xuan along the banks of the Perfume River which divides the city into two parts: the “Old Town” on the left bank with the Citadel and the imperial residence, and “New Town” on the right bank, with the tombs of the emperors, once inhabited by the Europeans. In 1802 it was renamed Hue by Emperor Nguyen Anh. Is know not only as the nation’s ancient political and cultural capital, but also for the spectacular imperial tombs, pagodas, temples, and is considered the refined gastronomic capital of the country.

We embark on a boat trip on Huong River, better known as the Perfume River for the poetic view and for fragrant aroma of the orchids that fall into the river in autumn. Visit Thien Mu Pagoda, or “Pagoda of the Celestial Lady”, built in the 17th century during the Le dynasty and symbol of Huè. We proceed the visits to the Imperial City, the fortified palace inside the Citadel built in 1623.

In the afternoon we visit the tomb of Emperor Minh Mang, the second of the Nguyen dynasty, and Tu Hieu Pagoda, considered one of the most fascinating places of worship.

In the morning transfer to Hoi An, the ancient trading center immersed in a variety of spectacular landscapes, home to several buildings with Chinese and Japanese architectural influence that testify to a past as a lively trading port since the 2nd century AD. During the transfer we pass Danang, the third largest city in Vietnam, Hai Van Pass, better known as the Ocean Cloud Pass for the incredible view of the South China Sea, Lang Co, which offers beautiful landscapes of rice fields and the view of one of the most beautiful beaches in Vietnam. Further south the “Marble Mountains“, the five hills originated from mythological stories of ancient dragons and turtles, and each of them refers to the 5 natural elements, and home to many Buddhist and Hindu caves.

In the afternoon we visit the ancient town, UNESCO world heritage site since 1999. The district still retains the classic style and characteristics of merchant cities between the 15th and 19th centuries, mixing Chinese, Japanese and European architectural styles. Among the most symbolic icons we visit the Japanese bridge and the annexed Cau Chua Pagoda, built at the end of the 16th century by the Japanese community.

We continue to the ancient Phung Hung house, built in 1780, one of the finest examples of the city’s architecture, and to Fukien Temple, built at the end of the 17th century by the Fujian Chinese congregation.

Free day at your disposal.

Stroll in the pleasant Hoi An or relax by the beaches nearby the city center.

Transfer to Danang airport in time for your departure flight.