The Best of Bangkok is a classic 6-day tour of one of the world’s most picturesque cities, combining history, monuments and folklore.

Explore the Grand Palace, the building complex in the heart of the capital, and the main temples Wat Pho, Wat Phra Kaew and Wat Traimit.

Cruise the famous canals on the Chao Phraya River, klongs, on a traditional long-tail boat and admire the wooden houses on stilts reminiscent of the lifestyle in Bangkok over a hundred years ago, back when it was called ”the Venice of the East”.

Explore the UNESCO World Heritage-listed Old Kingdom of Ayutthaya, once the most populated and remarkable city in the world, the precursor to modern Thailand.

Take advantage of exclusive shopping at the capital’s shopping centres and famous fashion shops.
(For those not interested in this type of activity, we can arrange alternative visits) 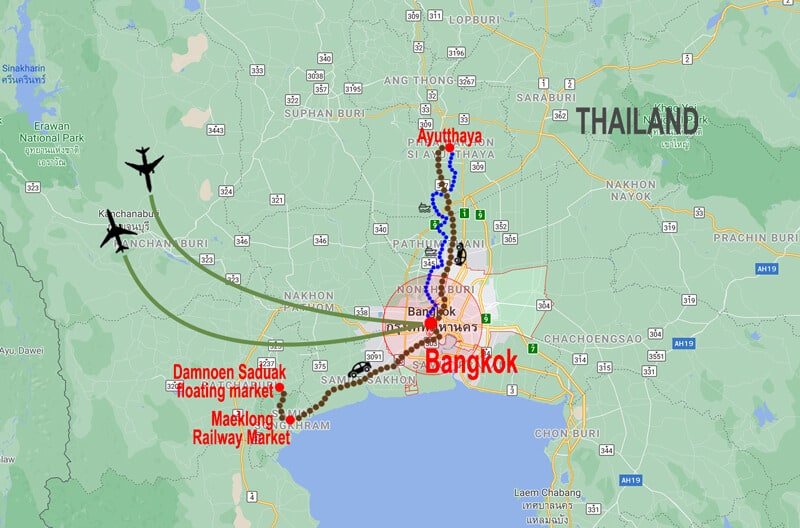 Arrival in Thailand, the “Land of Smiles”. Welcome meeting by our staff at the Bangkok International Airport and transfer to the hotel. 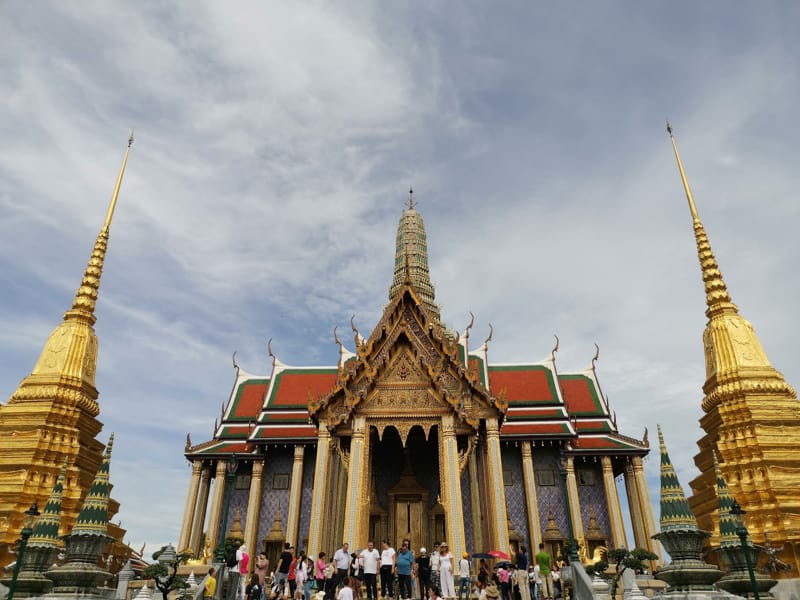 After breakfast, we spend the day visiting Bangkok’s most important cultural sights.

Next up, the Grand Palace, a building complex in the heart of the capital, the official residence of the monarchs of the Kingdom of Siam since 1782.

We then visit Wat Phra Kaew, also known as the Temple of the Emerald Buddha. Built in 1783 within the perimeter of the Grand Palace, it is considered the most sacred Buddhist temple in the country.

We embark on a cruise through the tributaries of the Chao Phraya River in the afternoon to admire the ancient canals, klongs, and the wooden houses on stilts, reminiscent of the lifestyle in Bangkok over a hundred years ago, back when it was called ‘‘the Venice of the East”. 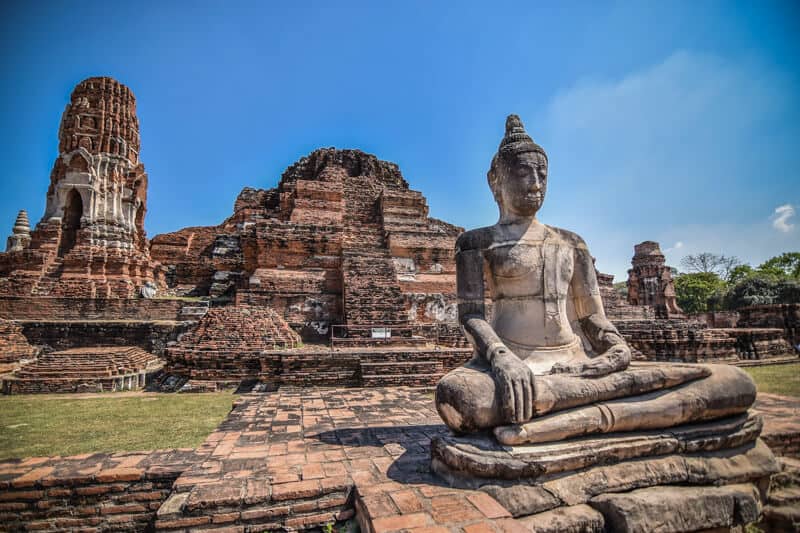 Today a memorable visit to the UNESCO World Heritage Site awaits us. The most populated and remarkable city in the world from the 14th century until the Burmese invasion in 1767, considered the precursor of modern Thailand: The Ancient Kingdom of Ayutthaya.

We visit the most important monuments in Ayutthaya including Bang Pa-In Royal Palace, or Summer Palace, the complex once home to Thai monarchs; Wat Yai Chai Mongkol Monastery built in 1357; Wat Phra Sri Sanphet, the Temple of the Holy; Wat Mahathat, known for its iconic stone Buddha head encrusted in its roots.

At lunchtime we embark on a river cruise back to Bangkok. We enjoy a delicious buffet lunch as we cruise slowly along the beautiful Chao Phraya River.

Once in the city, we continue our visit to the Asiatique the Riverfront, a large open-air shopping mall overlooking the Chao Phraya River, built on the former wharf of the East Asian Company founded in 1897. It houses no less than 1,500 shops and stalls, as well as 40 restaurants, most located in the old warehouses. Among the many historic buildings are an old sawmill, a World War II air-raid shelter, a trainyard adorned with bronze statues, and performance venues. 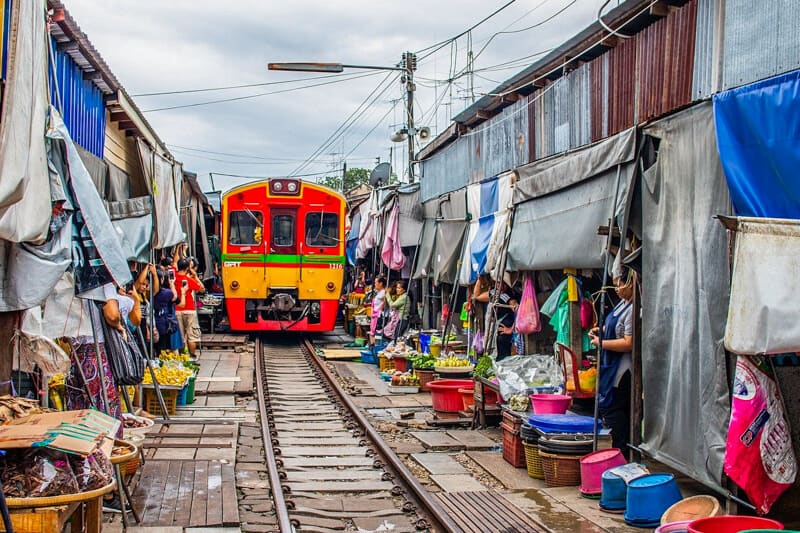 After breakfast we visit the Maeklong Railway Market, also known as the Umbrella Pull-down Market, the most picturesque and authentic Thai market built in 1905 literally on railway tracks still in use today.

At the time, the local authorities decided to build this railway line to transport goods quickly. Today, eight times a day, when traders hear the approaching train, they remove goods and parasols from the rails with astonishing rapidity to enable the train to pass. Right after that, they reset everything and carry on selling until the next train ride.

Afterwards, transfer to Damnoen Saduak, 90 km from Bangkok in Ratchanaburi province. Upon arrival we embark on a traditional boat to explore the artificial canal built over 150 years ago and its remarkable floating market, where vendors on small wooden boats sell a variety of local products such as Thai snacks, vegetables, colourful fruits, desserts and handicraft items. Over the years, the floating market has become a popular tourist attraction. Nonetheless, it is such a characteristic slice of day-to-day life that it is worth a visit.

We then go to the coconut sugar farm, specialised in processing coconut and its derivatives, to watch the production process and taste some exquisite products.

We then return to the hotel in Bangkok. 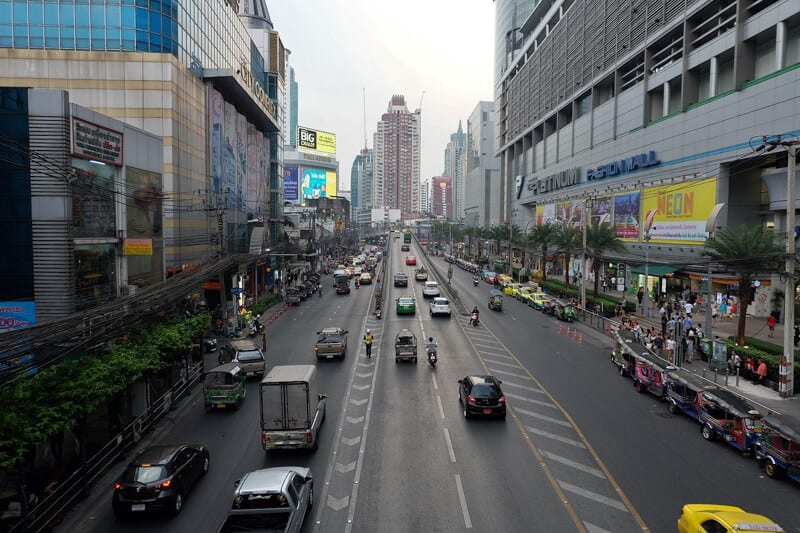 Bangkok is known worldwide for its monuments, as well as for its countless shopping malls and fashion shops. For shopping lovers, it is an opportunity not to be missed.

In this suggested itinerary we visit Pathumwan Mall and Central World, one of the largest shopping destinations on Earth, with a total area of 830,000 square metres, offering everything from branded products to stationery.

After that, it’s on to Pratunam, Thailand’s largest clothing market where you can buy at bargain prices, and the Platinum Fashion Mall, known for its many fashion shops selling both retail and wholesale clothing.

Transfer to Bangkok airport in time for your departure flight. 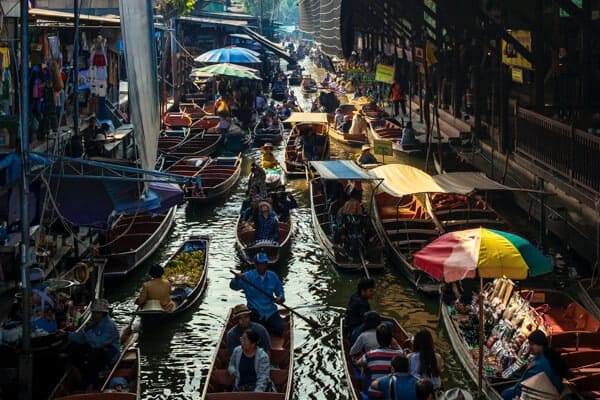 Length : 3D2N
From BANGKOK to BANGKOK 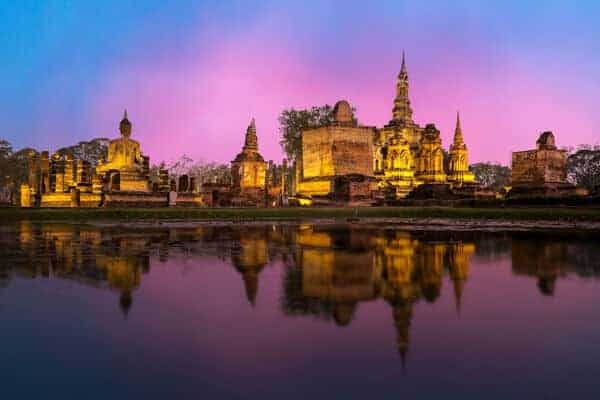